Two weeks ago our minds were smashed open by submissions from Mike Lambert and Gina Bacola.

Mike’s fifth submission to the group continued his novel “Young People” and we were introduced to Maya, the newest of the four characters.   The story weaved through Maya’s acid-laden mind (plus bonus drugs) and follows her from a friends’ apartment where the trip begins, and continues along her a bus commute to work.  Maya then returns back to her friends’ apartment to pick up the pieces.  We commended Mike on the voice and tried parse out which moments the voice achieved the most success.  The piece was impressive in its ability to reflect a drugged-out psyche artfully, without degenerating into a stoner-comedy.  This is another instance where I don’t feel like I can do the writer justice describing it. Hey you just might get to hear it if you come to the reading.

Gina’s first submission to the group was a short piece told nearly entirely in dialogue called “The Unlikely Conversation.”  I thought it was fantastic in its brevity and concision.  A quick summary is that a man meets a prostitute and the two begin conversing as a result of his ED, which complicates the arrangement.  The author’s minimal stage direction was successful and gave just enough details to give the reader a sense of the space the characters were in.

And last night, we were treated to first-time contributor Jess McNally who put forward a really great poetry-memoir piece, entitled “Pieces of Home” collectively.  The three selections we got to read were called “Desk of JIM,” “Door Knob,” and “Secret Garden.”  The group really dug the voice of this piece, both fragmented and child-like (meaning told from a child’s perspective not childishly written).  Each section was only a page long but had great crescendos at the end with lines like:

And there’s a small hole in the door that I can see through to the deck.

Where Mom leans against the railing.

Then HAHH moved on to Christina Ailor’s piece, a rewrite of “Pistachios.”  There is no doubt that the rewrite strengthened the short story.  The groups’ overarching suggestions seemed to relate to simplifying the narrative, reducing extra characters, and trying to get a better understanding of what the characters motives were.  This was a really great piece of writing.  I could really go for some pistachio pudding right now. 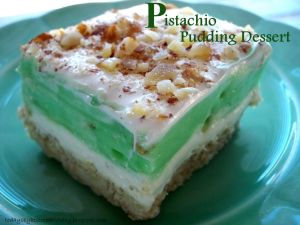 Next week we’re looking forward to pieces by Beth Haley and Jody Rosenberg.

Note: I’m still trying to figure out this problematic iCalendar to WordPress mis-translation. Workshops are always from 7pm-9pm.

All rights revert to contributors upon publication.